Situated in the southwest quadrant of Calgary, north of Fish Creek Park, is the eclectic neighborhood of Canyon Meadows that was built in 1965 with an estimated number of 3,195 people living in the area. There is a rolling plane above Fish Creek Park and this is where it got its name. Located to its east, you will find the MacLeod Trail and to its West is the 14th St. The north portion of Canyon Meadows is bounded by Anderson Road. One of the city’s premiere private clubs is also open in Canyon Meadows. It is called The Canyon Meadows Golf and Country Club and is one of the 7th golf courses in Calgary. In 2019, 78 single family homes were sold in Canyon Meadows real estate sales with an average price of $513,142 while there were 38 condos and townhouses that were sold with an average price of $201,309. The Canyon Meadows Pool which is open all-year round, Fitness Center, Canyon Meadows Golf and Country Club, and Fish Creek Provincial Park are one of the few recreational activities that are available for Canyon Meadows. Whatever the season is, the parks and other beautiful sceneries are worth checking out. There are numerous schools around the neighborhood perfect for families with children. The community also offers different activities such as Kumon Math, dog classes and training, Jazzercise, Brownies, and Mom and Tots. Canyon Meadows is a perfect place to settle down and grow old. There are plenty of houses to choose from that can satisfy your needs and lifestyle. It gives off a home-y feel and is relaxing to be in with many activities to try and enjoy.

Within the community you’ll find some great amenities the Canyon Meadows aquatic and fitness center that is located beside the high school Dr. EP Scarlett, in the summer you can take up some racquet sports on the courts located between the fitness centre and high school.

Canyon Meadows offers great access to get around the city, with Mcleod Trail bordering the community, Deerfoot just minutes away heading east on Anderson, and once the ring road is completed, drivers will have access by heading west on Anderson and you’ll have convenient and easy access to getting into the downtown core by visiting the canyon meadows LRT train station which was originally Opened in 2001 and later saw renovations and was Rebuilt in 2011 (a platform extension) that is said to serve thousands of passengers every year!

Current listings in Canyon Meadows are priced starting from around the low 300s to 350k region which makes the area desirable if only considering housing prices.

For golf lovers, you’ll find a fantastic golf course attached to the community, this course hosts the annual shaw charity classic which is a pro golf tournament that is apart of the champions tour, a highly popular and flagship event in the city of Calgary.

Situated in the southwest quadrant of Calgary, north of Fish Creek Park, is the eclectic neighborhood of Canyon Meadows that was built in 1965 with an estimated number of 3,195 people living in the area. There is a rolling plane above Fish Creek Park and...

Crypto Is Here to Stay in International Real Estate Vertical

As real-estate matures more world-wide along with the increased transparency and strength of the maturing internet, real estate professionals have vast chances to capture valuable international, cross country business that they did not previously have access to. The business of selling international real estate is...

The project consists of 25-unit affordable townhomes spearheaded by the Aboriginal Centre (NAC). It will sit on a property in Bowed Road, close to Pryde Avenue. Director Chris Beaton of NAC said that the project aims to assist residents from rural areas to get acclimatized... 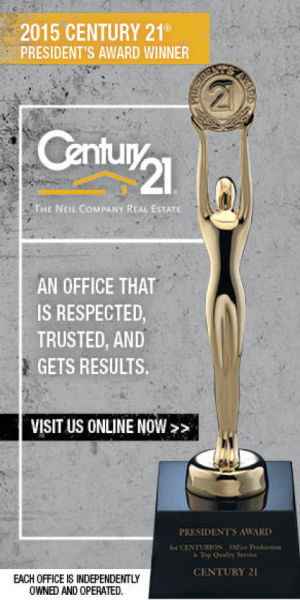